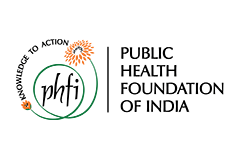 The Public Health Foundation of India (PHFI) is a public private initiative that has collaboratively evolved through consultations with multiple constituencies including Indian and International academia, state and central governments, multi & bi-lateral agencies and civil society groups.
PHFI is a response to redress the limited institutional capacity in India for strengthening training, research & policy development in the area of public health. Structured as an independent foundation, PHFI adopts a broad, integrated approach to public health, tailoring its endeavors to Indian conditions and bearing relevance to the countries facing similar challenges and concerns. The PHFI focuses on broad dimensions of public health that encompass promotive, preventive and therapeutic services, many of which are frequently lost in policy planning as well as in popular understanding.
The 14th Prime Minister of India launched PHFI on March 28, 2006 at New Delhi with a vision to strengthen India's public health institutional and systems capability and provide knowledge to achieve better health outcomes for all. PHFI recognizes the fact that meeting the shortfall of health professionals is imperative to a sustained and holistic response to the public health concerns in the country which in turn requires health care to be addressed not only from the specific perspective of what works, but also from the social perspective of, who needs it the most. For more information on activities at PHFI, please visit www.phfi.org

CCDC, a WHO collaborating center for capacity building and research and a department of biotechnology designated center of excellence for clinical research is an independent and not-for-profit biomedical research organization, based in New Delhi, India. It is an academic health science research organization driven by a passion to promote and protect cardiovascular health in India and the world at large.
CCDC undertakes clinical research in various domains of Non-communicable disease (NCD). Within the spectrum of chronic diseases, its main focus areas are: cardiovascular disease, diabetes and metabolic diseases. Within these domains CCDC engages both in population based and hospital based research involving several scienti􀃶c designs. It also specializes in data management, training, policy advocacy and scienti􀃶c secretarial assistance to international agencies. Capacity building through both contact and non-contact training is one of the core strengths of CCDC. Through such training programs it has built substantial capacity in India and several other developing countries.
For more information on activities at CCDC, visit www.ccdcindia.org 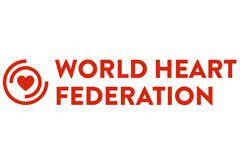 The World Heart Federation was originally formed in 1978 by a merger of the International Society of Cardiology (ISC) and the International Cardiology Federation (ICF), under the name of the International Society and Federation of Cardiology (ISFC). In 1998 the ISFC changed its name to the World Heart Federation and since then we have grown to become a cornerstone of the cardiovascular health field, currently working with more than 200 members and partners around the world.
In 1996, an agreement between UNESCO, the World Health Organization (WHO) and the World Heart Federation instigated ongoing cooperation on different projects, such as the prevention of rheumatic fever and heart disease, Chagas’ disease and risk factors in school-age children in developing countries
The World Heart Federation is now recognized by the World Health Organization as its leading NGO partner in cardiovascular disease (CVD) prevention and we are a close partner of the World Health Organization’s department of Non communicable Diseases. With a focus on low- and middle-income countries, the World Heart Federation (WHF) is the only global advocacy and leadership organization bringing together the CVD community to help people lead heart-healthy lives. As the only CVD organization in official relations with the World Health Organization (WHO), we align our efforts around the WHO goal to reduce premature deaths from non-communicable diseases (NCDs) by 25% by 2025 (25by25). We recognize that to achieve this target will require a primary focus on CVD, including heart disease and stroke – the world’s number one killer, which makes up 50% of all NCD deaths.
Together with our members – a community of more than 200 organizations dedicated to the treatment, prevention and control of CVD – we are working to end needless deaths from exposure to tobacco and other risk factors, lack of access to treatment, and neglected conditions like rheumatic heart disease which kills hundreds of thousands of children each year. Across 100 countries, we are acting now to build global commitment to address cardiovascular health at the policy level, generate and exchange ideas, share best practice, advance scientific knowledge and promote knowledge transfer to tackle CVD. We are at the heart of driving the CVD agenda and advocating for better heart health – enabling people to live longer, better and more heart-healthy lives, whoever and wherever they are.
At the World Heart Federation, we believe that everyone, regardless of geography or socio-economic status deserves equal access to a health-enabling environment, health information, treatment and care so that all people across the globe can lead heart-healthy lives.
Our mission and ambition is, by 2025, to drive the World Health Organization (WHO) target for non-communicable disease mortality reduction by reducing premature deaths from cardiovascular disease (CVD) by at least 25%. For more information on activities at WHF, visit www.world-heart-federation.org 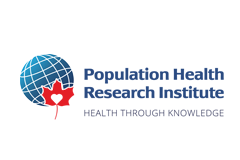 A world leader in large clinical trials and population studies, Population Health Research Institute (PHRI) is Canada’s premier cardiovascular research institute. World-class researchers conduct some of the largest studies in the world, spanning all frontiers of the globe and covering a broad spectrum of health-related issues. PHRI’s population science focus examines biological and genetic determinants, as well as social, environmental and policy factors, with an emphasis on risk factors and the prevention of heart attacks, stroke, diabetes, kidney disease and cognitive decline. PHRI has conducted more than 80 global trials and epidemiological studies in more than 1,500 centres, in 86 countries, in all inhabited continents. PHRI has the expertise and infrastructure to simultaneously conduct multiple studies—including its largest, PURE involving 400,000 combined participants, and over 20 studies involving 10,000 patients each plus numerous pilot and substudies. To this end, PHRI is fast approaching 1,000,000 enrolled participants world-wide. Formed in 1992 with a focus on cardiovascular disease and diabetes, PHRI’s research areas have broadened to include population genomics, perioperative medicine, stroke, thrombosis, CV surgery, renal, obesity, childhood obesity, bone and trauma, neglected diseases and knowledge translation / implementation science. Over the years, PHRI has developed and honed unparalleled expertise in epidemiology and population health conducting some of the largest trials in the world.
PHRI research has led to more than 1,250 published papers in renowned medical journals, nine international regulatory approvals and numerous guideline recommendations around the world.
In 2011 PHRI was ranked as the research institute with the 7th highest impact in the world, and the highest in Canada, by the European organization, SCIMAGO. For more information on activities at PHRI, visit www.phri.ca 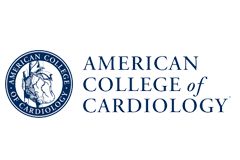 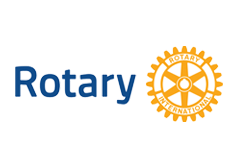 Rotary International is an international service organization whose stated purpose is to bring together business and professional leaders in order to provide humanitarian services, encourage high ethical standards in all vocations, and to advance goodwill and peace around the world. It is a non-political and non-sectarian organization open to all people regardless of race, color, creed, religion, gender, or political preference. There are 34,282 member clubs worldwide, and 1.9 million individuals, known as Rotarians, have joined.
Rotarians usually gather weekly for breakfast, lunch, or dinner to fulfill their first guiding principle to develop friendships as an opportunity for service. "It is the duty of all Rotarians," states their Manual of Procedure "outside their clubs, to be active as individuals in as many legally constituted groups and organizations as possible to promote, not only in words but through exemplary dedication, awareness of the dignity of all people and the respect of the consequent human rights of the individual." The Rotarian's primary motto is "Service Above Self"; its secondary motto is "One profits most who serves best." For more information on activities at Rotary International, visit www.rotary.org/en 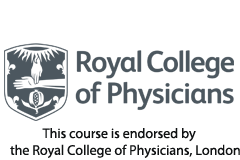 The Royal College of Physicians’ (RCP’s) is the oldest medical institution in England, celebrating 500 years of existence this year. It is a professional membership body which represents 354000 members and fellows across the globe. The RCP is an independent patient centred and clinically led organisation, that drives improvement in the diagnosis of disease, the care of individual patients and the health of the whole population both in the UK and across the globe through advocacy, education and research. Founded in 1518, it set the first international standard in the classification of diseases, and its library contains medical texts of great historical interest. The College hosts four training faculties: the Faculty of Forensic and Legal Medicine, the Faculty for Pharmaceutical Medicine, the Faculty of Occupational Medicine and the Faculty of Physician Associates.
The college has been continuously active in improving the practice of medicine since its foundation, primarily though the accreditation of physicians. It is a member of the UK Academy of Medical Royal Colleges. It was the first College of Physicians in Britain or Ireland. Throughout its history the College has issued advice across the whole range of medical and health matters. College publications include the first ten editions of the London Pharmacopoeia and the `Nomenclature of Diseases' in 1869. The latter created the international standard for the classification of diseases which was to last until the World Health Organization’s Manual of the international classification of diseases superseded it in the twentieth century. The College became the licensing body for medical books in the late seventeenth century, and sought to set new standards in learning through its own system of examinations. The College's great tradition of examining continues to this day and it is still perhaps how the College is best known to the general public. The Royal College of Physicians will celebrate its 500-year anniversary in 2018.
For more information on activities at RCP, visit www.rcplondon.ac.uk 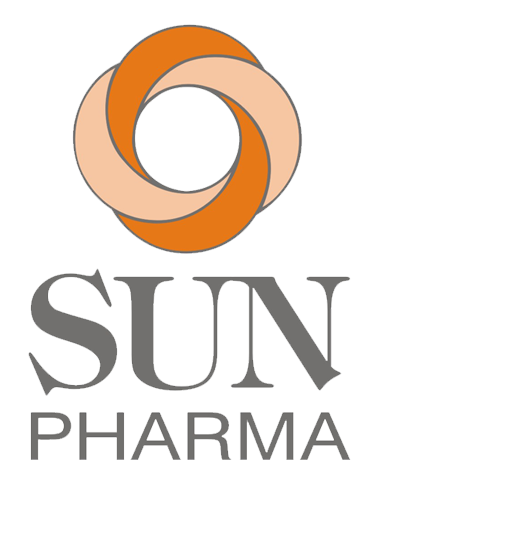 The program has been supported by an education grant from SUN Pharma laboratories ltd. For more details on activities of SUN Pharma log on to www.sunpharma.com

Lost your password? Please enter your email address. You will receive a link to create a new password.